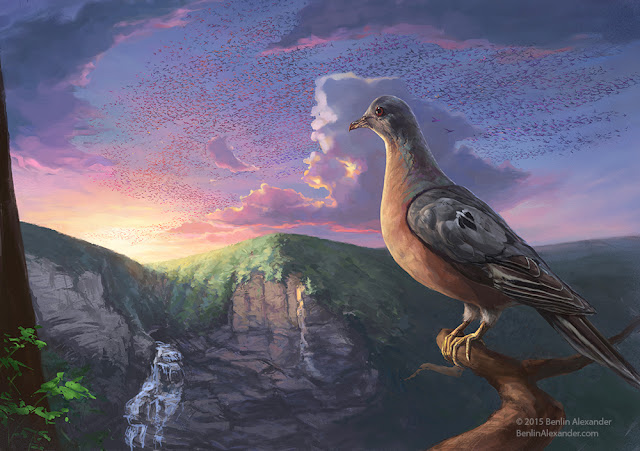 The passenger pigeon story is one of significance in the scientific community. This species used to be one of the most abundant birds in North America estimated to range from 3 to 5 billion during the 1800's. A flock of these pigeons were reported to have blacken the skies for almost three days straight. By the year 1900, this species was completely wiped out through human exploitation. They were marked as the cheapest source of meat during that time. This rapid extinction provoked scientific research and awareness of the impact humans have on the environment. 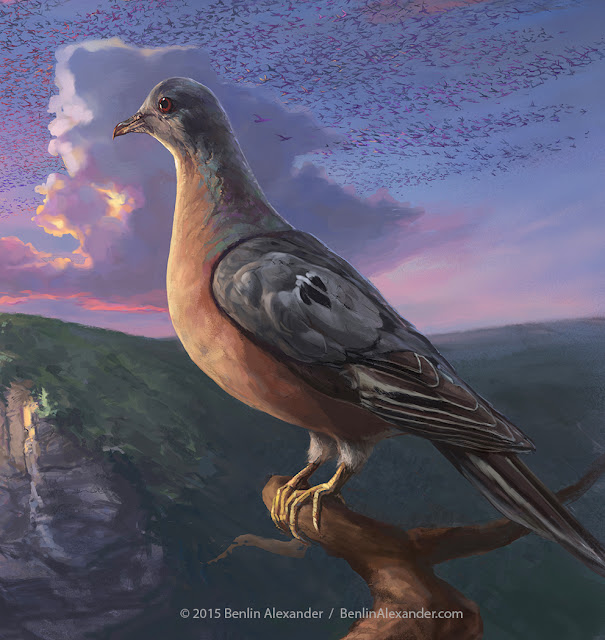 September 2014 was the 100 year anniversary of the last known passenger pigeon, named Martha, located in the Cincinnati Zoo. I was commissioned to paint this 11x17" digital illustration for The Cornell Lab of Ornithology in recognition of this historical event. 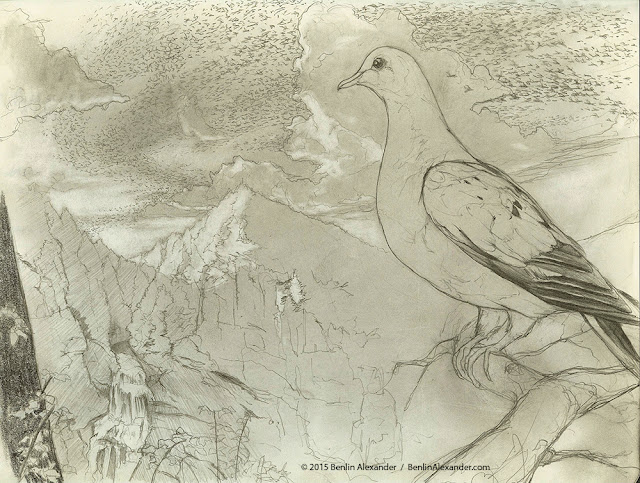 The Lab luckily had a stuffed passenger pigeon for me to study and use as reference. This species used to live in thick forests similar to the ones we have in Ithaca, NY. Tote bags are available through the Lab too! Thanks for reading, and feedback is always welcome. 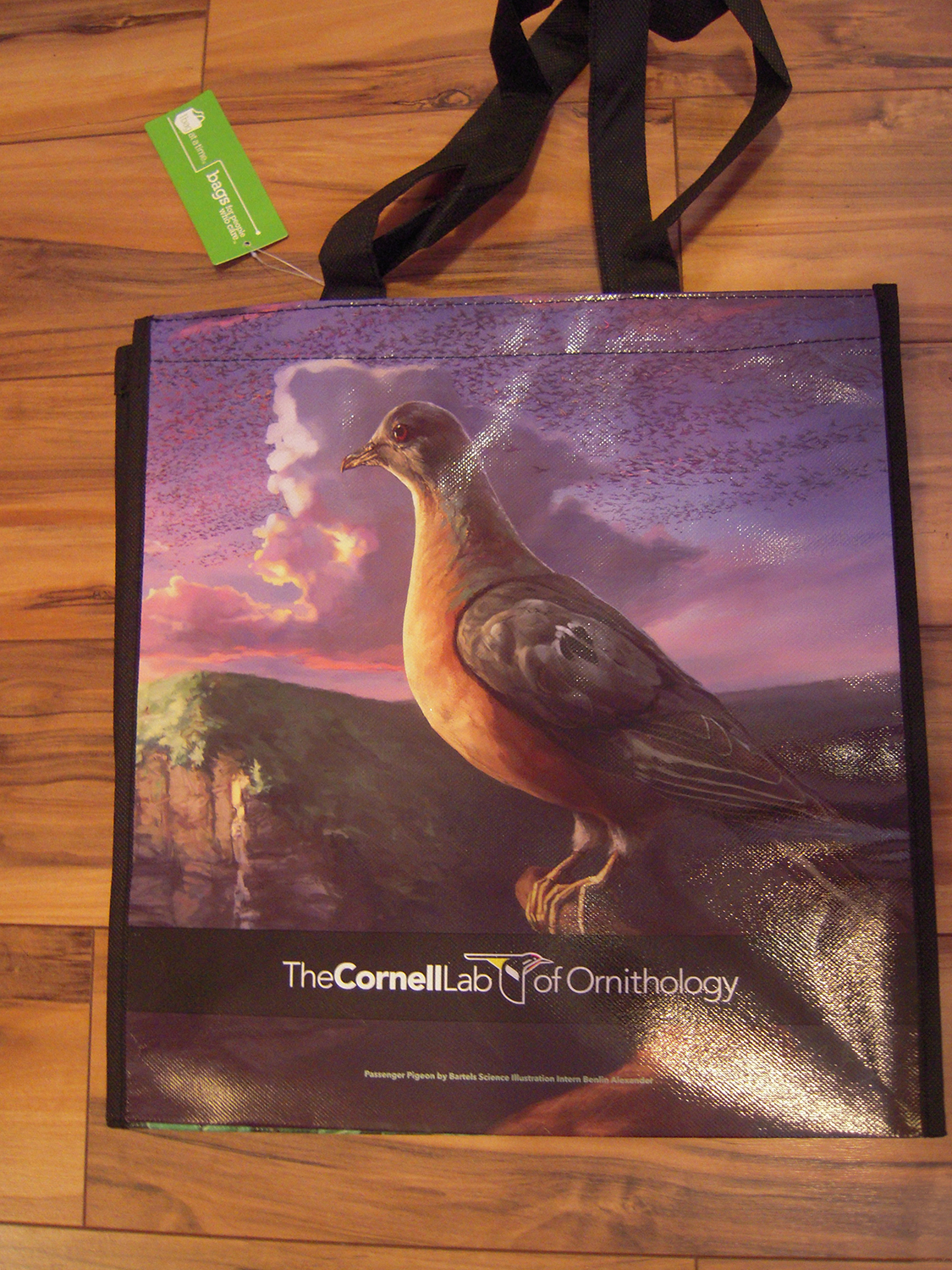 I later returned to Cornell to give a lecture & demo to visiting students. Click on "Newer Post" below.
Posted by Benlin Alexander at 4:57 PM